Meet the man who frames characters. Fabrice Aeberhard, Creative Director at VIU Eyewear and friend of Son of a Tailor, talks transparency, why made-to-order products will dominate in the future, and one fateful trip to the Dolomites.

Fabrice Aeberhard and his partners were all but ready to call the trip to Italy a wash. They had sat through roughly 30 meetings, from Monday through Friday, attempting to identify the perfect production partner for their new company’s freshman collection.

“We were quite unhappy because we didn’t find anyone who gave us the right feeling where we were convinced it’s a great product that’s really 100% made in Italy,” Aeberhard recalls of the 2013 excursion.

“We were quite unhappy because we didn’t find anyone who gave us the right feeling where we were convinced it’s a great product that’s really 100% made in Italy,” 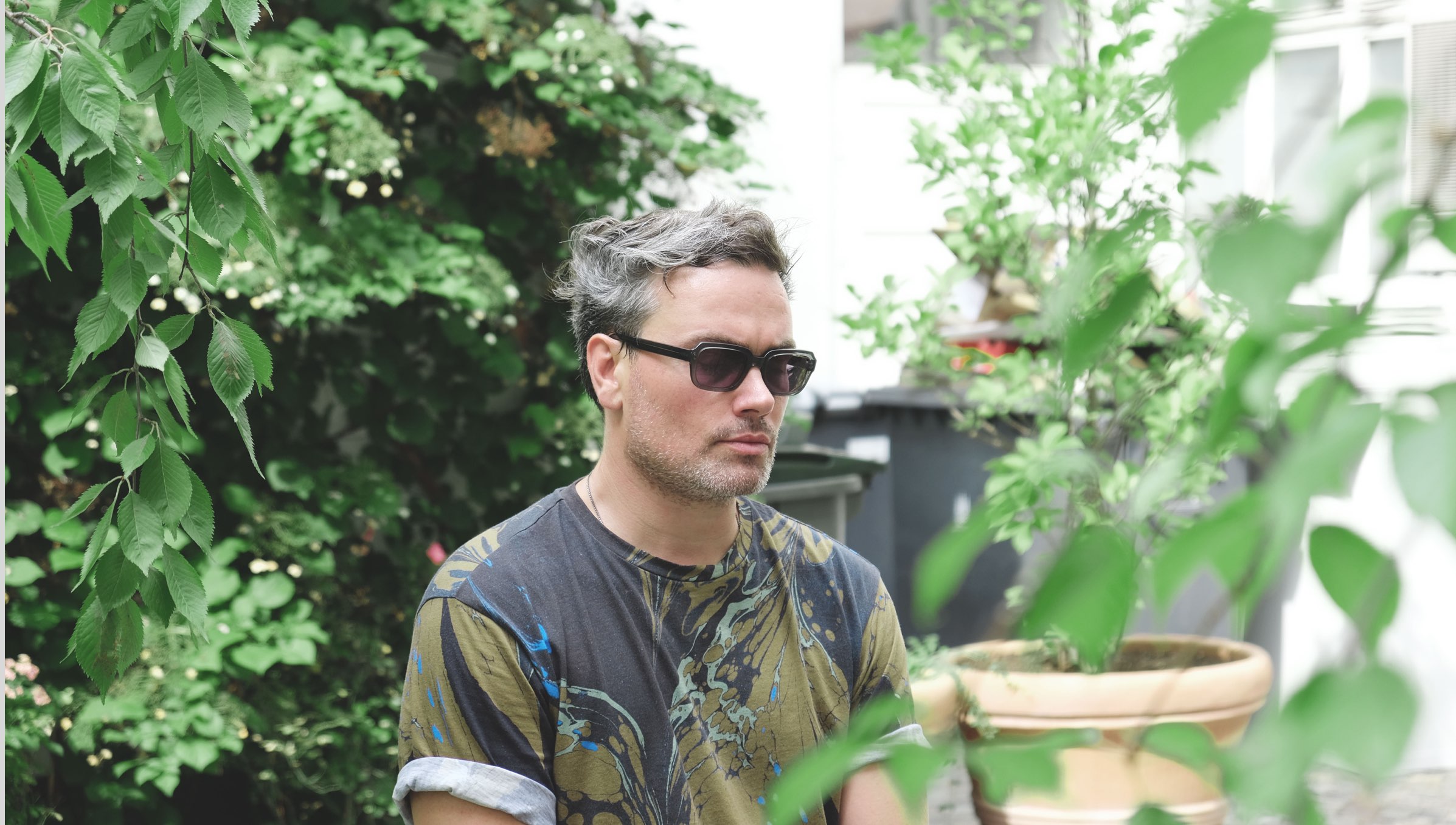 The last trip on the itinerary took the group to the Italian part of the Alps, to a place seemingly more famed for its cycling and skiing attractions than eyewear production.

“On the last afternoon we found a small factory in the Dolomites, in the mountains at 1,400 meters above sea level. It was a small factory where the patron is still on board –– today he’s about 73 years old, but he’s in very good shape. You can see how living in that kind of nature gives him a different foundation; he has so much energy, and it really gave us a different energy, too.”

“He had been running the factory for 40 years, and his daughter took over right in the same moment we started working with them. Her cousins, spouse and other extended family are all there, so it’s truly a family business. Today, we at VIU still produce our frames the same place.”

The fateful trip to Italy is one of those serendipitous moments of luck and tenacity that most entrepreneurs encounter. Since then, VIU has burst onto the eyewear scene as its coolest new creators.

In just five years, VIU has grown exceptionally fast: from a single store in Zürich to 40 uniquely designed flagship stores in 61 partner stores across eight countries in Europe – with plenty more to come. 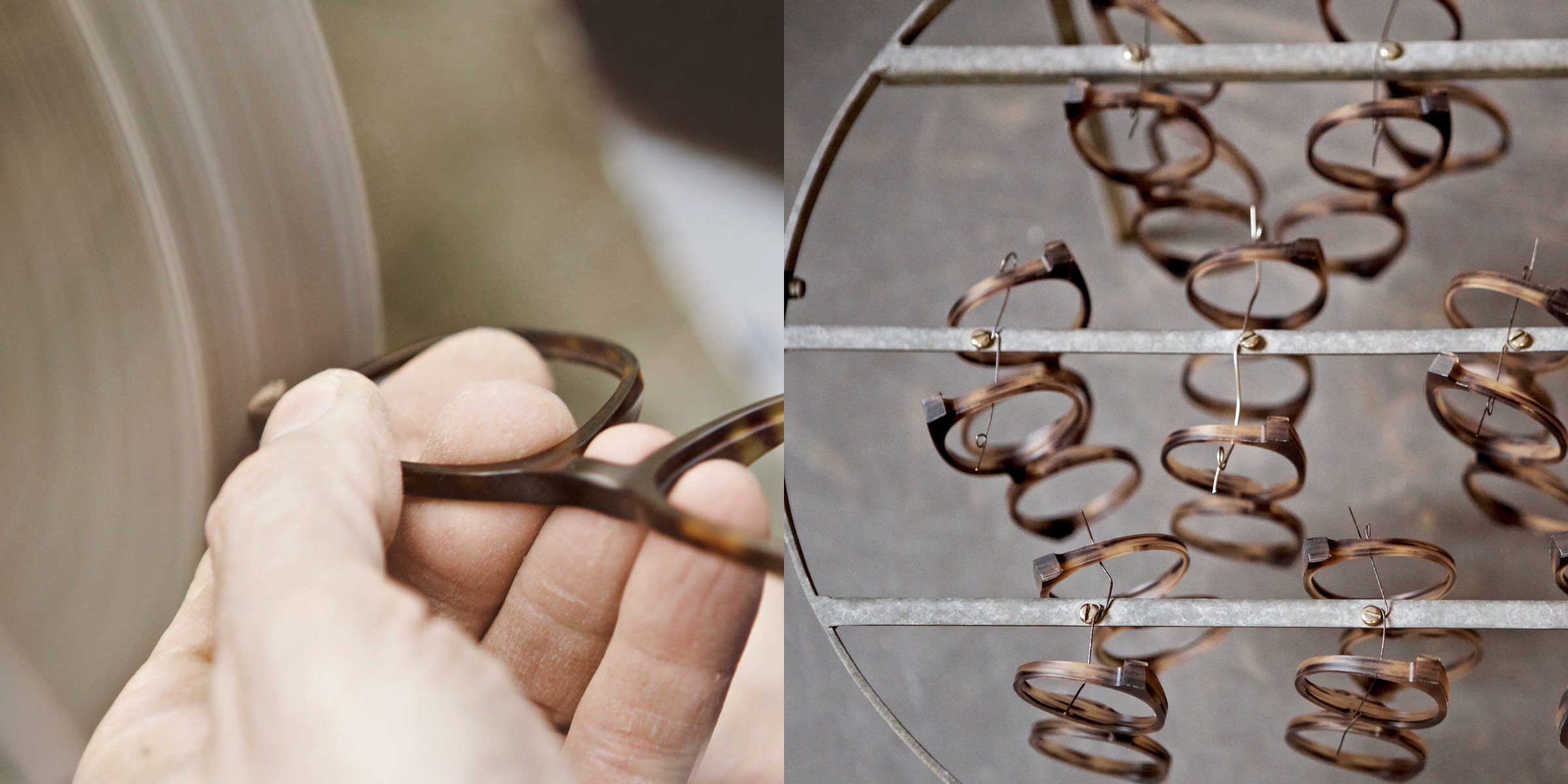 With Fabrice Aeberhard at the helm of VIU’s creative direction, the Switzerland-based company is conquering Europe with a digital and physical retail concept that marries individuality and quality.

“On the last afternoon we found a small factory in the Dolomites, in the mountains at 1,400 meters above sea level. It was a small factory where the patron is still on board –– today he’s about 73 years old, but he’s in very good shape. You can see how living in that kind of nature gives him a different foundation; he has so much energy, and it really gave us a different energy, too.”

Much like the venture to the Dolomites, Aeberhard’s own creative story took some winding turns before he dedicated his artistic prowess to designing eyewear. He had a classical art education before he left for university in Zürich where he studied Industrial Design. His eyes opened up to all the little details of everyday life that we don’t typically see –– and improving them.

“Every person living in a city is exposed to over 500 messages every day, without knowing that it’s happening. I find that really interesting,” the Swiss says, speaking to Son of a Tailor at the Copenhagen Fashion Week.

Shortly after graduation in 2005, he founded an industrial design agency, Aekae, in Zürich with a partner from university. He worked with clients on very diverse projects – the first of which was a project on a big yacht – which awakened his own entrepreneurial spirit.

Aeberhard, in collaboration with four partners, founded the successful bag company QWSTION in 2008. A few years later, he set his sights on eyewear along with VIU co-founders Kilian Wagner, Peter Käser and Dominic Müller.

“Being an industrial designer means trying to understand all kinds of products.It could be a door handle or an airplane. In the end, it’s always the same questions: Why is it so? How can it be better?”

VIU launched its first collection in the winter of 2013/2014. The company established itself in its native Switzerland before successfully breaking into the German market in 2015, and since changing the eyewear industry frame by frame.

Aeberhard sees two concrete ways in which VIU is upending the established field. “One is creating consciousness in what customers are actually paying for,” he says, while the other is “giving people more possibilities to buy products in a very different way.”

VIU, as such, is a fashion brand with optical competences instead of the other way around, he adds. Innovation is a cornerstone of the VIU brand; one example being its 3D frame-printing technology, which allows for a true made-to-made experience.

How did you come up with the concept of 3D printing your frames?

“It was down to curiosity. In product lines like eyewear, which is always based on characters, it sits in the middle of your face, so it really needs to tie it all together. In the future, VIU sees that one of the most crucial factors will be the possibility to customize eyewear. Color, material, typography, size,” Aeberhard remarks on the concept of tailor-made eyewear.

“3D printing is a great production method; the technology is at a certain level where you can assure a solid product which just works, and you’re still within a short time frame. But this is just the beginning. 3D is really interesting because there are new updates almost every other week, new materials being created, recycled or renewable materials are discovered. For the future, this is what VIU are looking at quite strongly as well. For example, using frames that could somehow be biodegradable. But that’s a longer process.”

“3D printing is a great production method; the technology i s at a certain level where you can assure a solid product which just works, and you’re still within a short time frame” 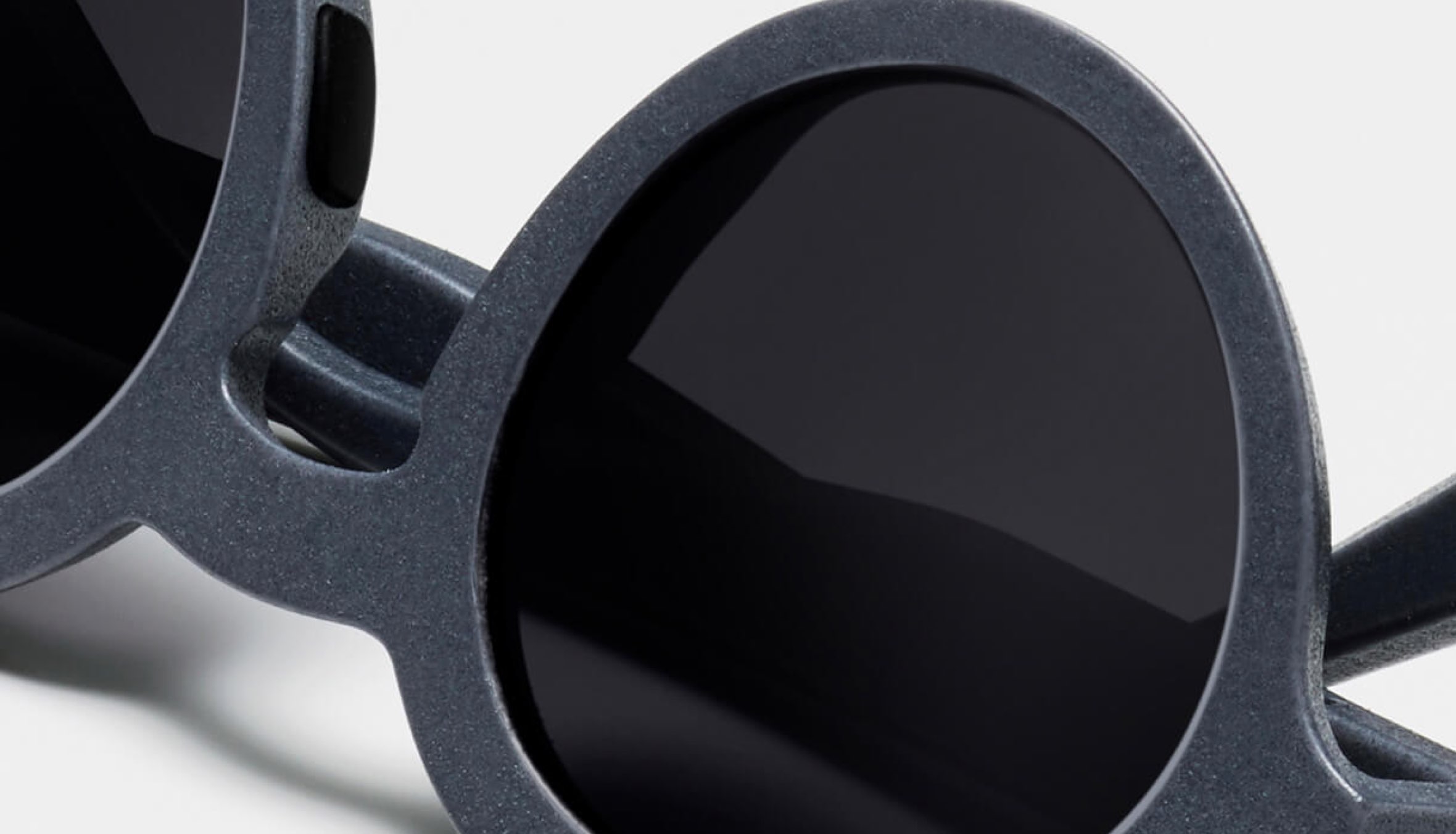 Fabrice Aeberhard and the VIU team opened their first Scandinavian store in Copenhagen in 2017. A prolific and value-conscious approach to partnerships has helped the Swiss brand punch their way into the Northern European market; collaborations with House of Dagmar and Uniforms for the Dedicated are among the relationships built.

And, of course, Son of a Tailor, with whom VIU is hosting a two-week pop-up store in Hamburg, after a thriving two-month venture in VIU’s Copenhagen flagship store. 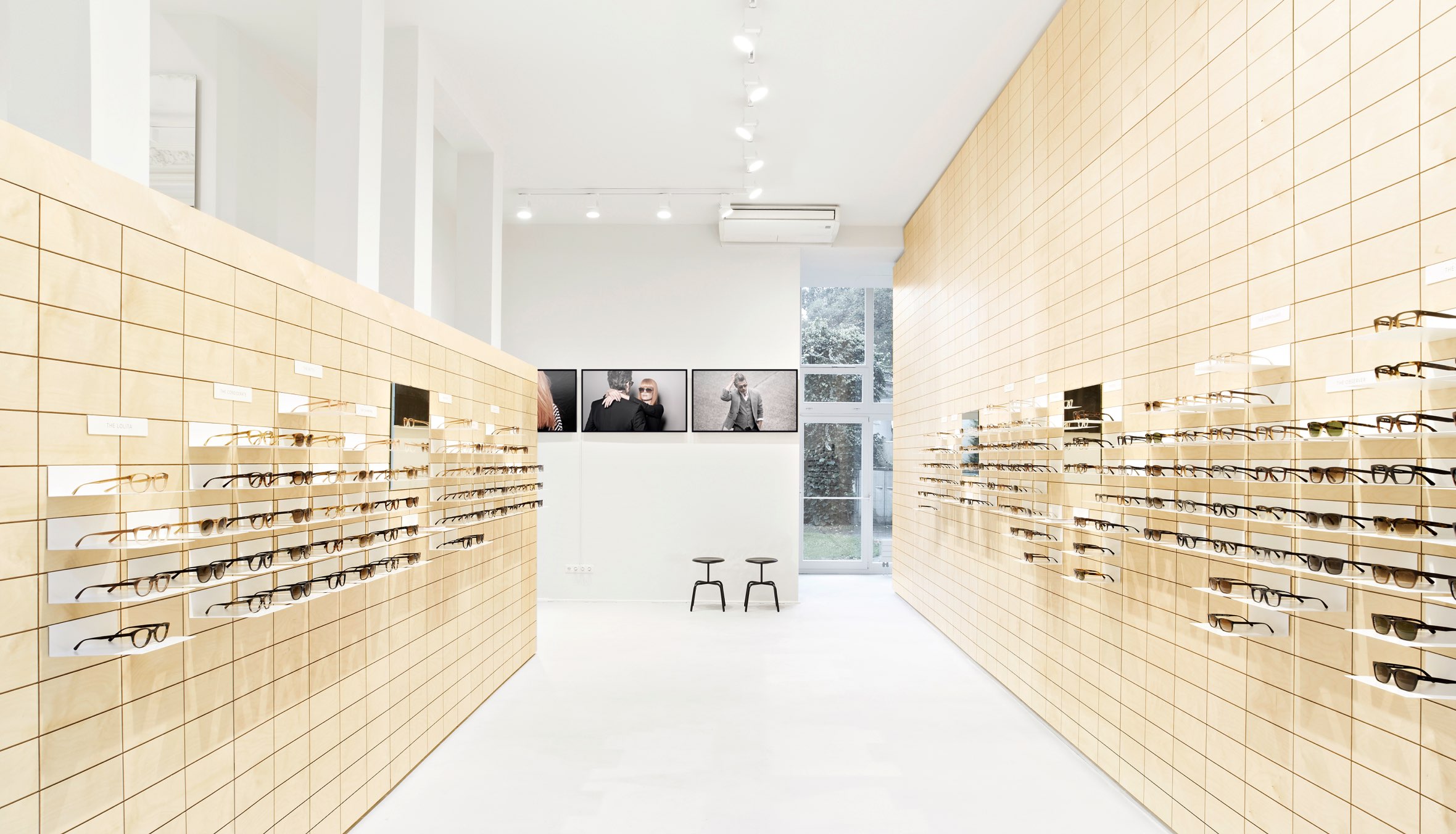 In Hamburg, future and existing Son of a Tailor customers will have the opportunity to find their perfect fit, feel the quality of the fabrics, and order their T-Shirts directly from the VIU store. The reason for the partnership is a shared brand philosophy.

“Son of a Tailor and VIU are very like-minded in our approach to the product. Being as simple as possible, making it accessible, customizing it. Both brands’ product philosophy really revolve around the idea of creating not just ‘the product of the moment’ but something that is timeless and building on contemporary classics,” Aeberhard says, adding that the environmental toll of clothing manufacturing means that made-to-measure is the only logical step forward.

“If you compare numbers, in the last four years or so, production has doubled, but many companies in the fashion industry only sold 10% more. This is really interesting as it just means a lot more trash and damage to the environment. Products made to order is just a great future because it means production only takes place when the demand is there.”

This year our skilled seamstresses will have sewn over 100,000 custom-fitted T-Shirts for our customers. We’ve come a long way since crowdfunding our first batch of T-Shirts in 2014